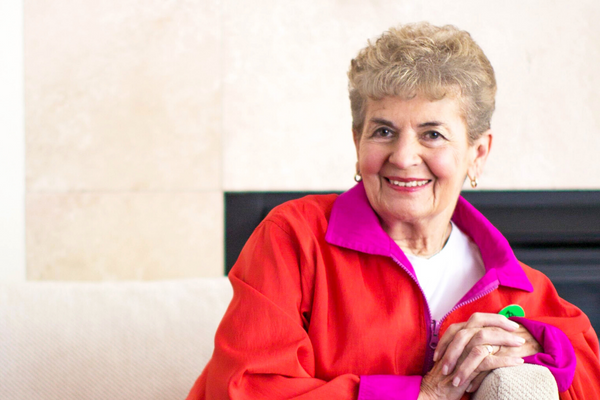 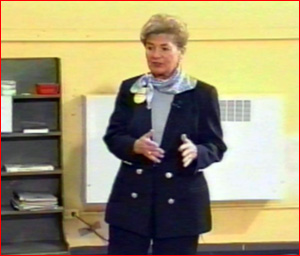 SuEllen Fried is a passionate advocate for children who devotes her time to reduce the cruelty of children to each other. She firmly believes that bullying is a form of child abuse – peer abuse.

SuEllen and her daughter, Paula Fried, Ph.D., co-authored “Bullies & Victims: Helping Your Child Through the Schoolyard Battlefield” in 1996, three years before the Columbine tragedy and “Bullies, Targets & Witnesses: Helping Children Break the Pain Chain” in 2003.

She has been a national and international speaker on the topic of child abuse and bullying and has appeared on Good Morning America, the TODAY Show, MSNBC, and was featured on an A&E Documentary, Bill Kurtis Reports, “Bullied to Death”. She has been interviewed on countless TV and radio stations and written about in numerous newspapers and magazines. She travels extensively, speaking with students, educators and parents on the topic of bullying.

Her workshops and trainings have been sponsored by the American Medical Association Alliance, PTA’ s, Girl Scouts of America and many public, private and parochial schools and school districts. In 2005, the American Medical Association co-sponsored a Child and Adolescent Health Media Briefing with the National PTA at Scholastic Headquarters in New York and invited SuEllen to make a presentation on bullying.

SuEllen attended Washington University, St. Louis, MO and received a B.A. in Creative Arts and Mental Health from Park University, Parkville, MO. She received accreditation from the American Dance Therapy Association – a Master’s Degree equivalency from the American Dance Therapy Association and worked as a dance therapist in the Kansas City area for 20 years.

SuEllen has been active in mental health organizations at the local, state and national levels, including an appointment in 1970 to the President’s Task Force on the Mentally Handicapped. She served as a consultant to the National Institute of Mental Health and to the Center for Advanced Study and Continuing Education in Mental Health. From 1961-1978, SuEllen volunteered as a dance and drama therapist at Osawatomie State Hospital in Kansas, producing, directing, writing and choreographing original musical productions conceptualized and performed by patients across the state that gave audiences a new perspective on mental illness.

Her work with Dr. Karl Menninger, renowned psychiatrist and author of “The Crime of Punishment”, led SuEllen to organize an inmate volunteer and self-help program, Reaching Out From Within, which is now operating in seven Kansas Correctional facilities. She has been serving as a volunteer for the Kansas Department of Corrections since 1982.

Some of SuEllen’s honors and awards include being named President H.W. Bush’s 900th Point of Light in 1993; Kansas City Spirit Award in 1989; University of Missouri Community Service Award in 1997; Park College Alumnus of the Year in 1990; Johnson Countian (KS) of the Year in 1993; Volunteer of the Year for the Kansas Department of Corrections in 1989; the Karl Menninger Award in 1998; Mid-Continent Council of Girl Scouts, Women of Achievement in 1987; Mary Ellen Award from the National Committee for Prevention of Child Abuse in 1994; the International Service Award from the RLDS Church in 1984; the Daily Point of Light Award in 1998; The Donna Stone Award from Prevent Child Abuse America in 2002; Sigma Delta Tau Alumna of Year Award, 2002; the Yates Medallion for Distinguished Service, William Jewell College, 2004. The Strength Through Unity Award, 2010; the Diplomatic Courier, 100 Top Women of the Global World, 2012.

SuEllen has been married to Harvey Fried for 60 years and they have three children – Jeff, a hospital administrator; Paula, a clinical psychologist; and Marc, an attorney. SuEllen and Harvey have seven “miracles” which is how she describes her grandchildren. 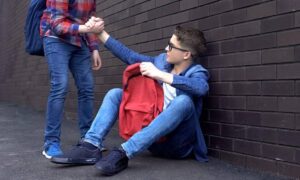 Spreading Kindness and Hope in the Most Unlikely Place

SuEllen was featured in the Huffington Post’s article This 80-Year-Old Is Spreading Kindness And Hope In The Most Unlikely Place September 16th, 2013. SuEllen Fried, 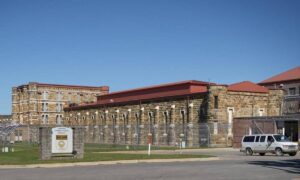 Kansas Prisoners Get the Granny Treatment

SuEllen was featured on The CBS Evening News “On the Road” November 1st, 2013. (CBS News) LANSING, Kan. – Grandmas, by their very nature, don’t